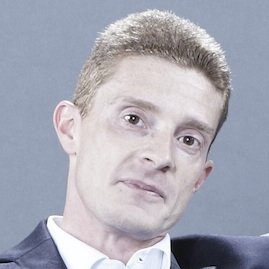 We had the pleasure to speak to Alberto Onetti about Silicon Valley, the European startup vision and the “elephants” we still need to move in Europe.

Alberto is one of the key players of the European corporate-startup ecosystem as Chairman of Mind the Bridge and coordinator of the Startup Europe Partnership. Alberto supports the European way for startups, which is starting to produce results, but is still far from over: “We are only at the beginning!”

Just as proud as Alberto is about everything he has done so far, including all his mistakes (although we doubt there were many…), we are proud that Alberto took the time to talk with us. We are looking forward to intensifying our collaboration with Startup Europe Partnership and Mind the Bridge in the months and years to come.

Can you provide us with a brief overview of how your startup engagement started?

Mind the Bridge was founded in 2007 with the idea of creating a bridge between Italy and Silicon Valley and the ultimate goal to foster entrepreneurship and startups in Italy. Along the years, we have been asked to replicate our model in other countries and so we started our international growth.

Startup Europe Partnership is creating more and more awareness. What is your role and what has been achieved to date?

The European Commission launched two main initiatives to foster startup-corporate collaboration at WEF in Davos in January 2014. We have been asked to take the lead in one of the two, called Startup Europe Partnership (SEP). The task was to launch the first pan-European open innovation platform, creating a bridge between startups and corporates. Since then, we have organized more than 20 matching events involving 40+ corporates and 400+ startups and we are aware of 15 deals already being closed directly through our scouting and matching activities.

Knowing how many hurdles startups still face today, I can hardly imagine the situation 10 years ago. How did the ecosystem change from your perspective?

No comparison is possible; it was a different geological era. When we started, the European startup ecosystem was still in its infancy. Today startups are all over Europe – in every country and city – that is a “shocking” difference!

All this is certainly very positive, but it is just the beginning. If we look at scaleups (startups that are able to grow and produce revenue and employment) the number is very limited. Based on our research, there are probably not more than a thousand in Europe. Not enough.  But this small number is a direct consequence of the normal lifecycle of everything.

The Venture Capital industry started to take off in the ‘70s in Silicon Valley, in the ‘90s in New York and around ’05-’10 in the UK. The German VC industry started just a few years ago and in Southern and Eastern Europe the venture capital game is about to start now. Things take time to mature and produce results, i.e. scaleups.

If you look at the European startup vision, one can almost identify two different paths: (A) Trying to copy as much as possible from Silicon Valley, bundle resources and create a European SV or (B) leverage the diversity of Europe and essentially follow a fragmentation strategy. Although black-and-white, where are we leaning towards?

Competing with SV is certainly a losing game. The difference is simply too big. SV is and will remain the only startup cluster in the world without a clear specialization. Europe is very different. We have many small hubs from London to Germany, from France to the Nordics. More and more hotspots are coming up as we speak (look at Lisbon). Europe by definition is diverse, that’s what we need to build on.

If you look back, what are you most proud of and what would you have done differently?

I am proud of everything I have done. This explicitly includes all my mistakes, which have been numerous.

In terms of achievements, creating the Startup Europe Partnership as the European open innovation hub and subsequently putting the topic of startup-corporate collaboration high on many people’s agenda, incl. the European Commission (see the recent Scale-up Manifesto), has been quite a challenge. Similarly launching the first official European mission to Silicon Valley  (SEC2SV – Startup Europe Comes to Silicon Valley) with the goal to initiate a high level dialogue between European and US corporates, investors and policy makers is something a lot of people give us some credit for.

But certainly, there is huge room for improvements. Identifying the most effective forms of startup-corporate collaboration, involving more corporates, in particular mid-size corporates – the true backbone of European economy – is crucial.

Looking at 2017 – What do you expect? Is there a tech bubble ongoing?

That’s a good question, but I would not speak about a bubble as such. When you are in the Valley, there certainly is the perception that things heated up too much. Europe is different, I have not seen a similar sentiment (at least not yet).

Still, we are all taking too many “startup drugs” and we need to get a little sober. Although we haven’t got a proper hangover, I start having a bit of a headache.